This Saturday night, my gal friends and I dressed up cute, knocked back some whiskey, went to a bar that played karaoke-worthy hair metal and was populated with a dozen bronzed B&T bachelorette parties and rode mechanical bulls until our thighs ached.

That's pretty much it.

Oh, and we saw a lady's naughty place. Please people, if you're gonna ride the mechanical bull, be classy. Wear underpants. For the benefit of all of us. Or at least bring wetnaps. The more you know. XO

Oh, fine. Audio/visual aids below. Of me and my classy friends. Not vajayjays. Pervs. 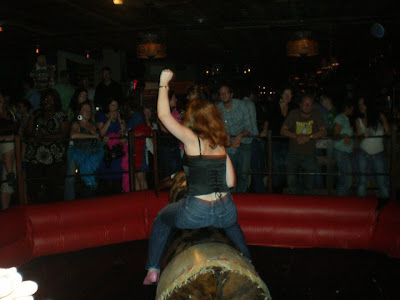 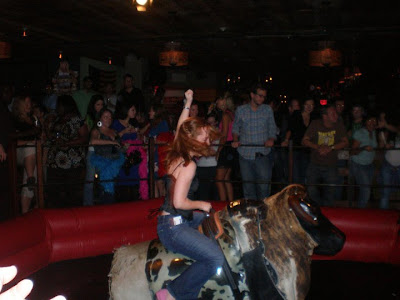 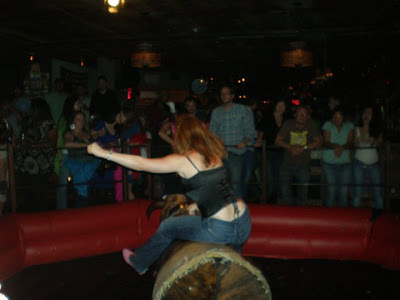 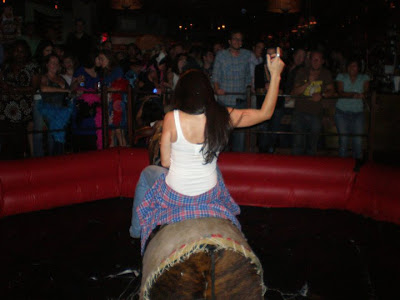 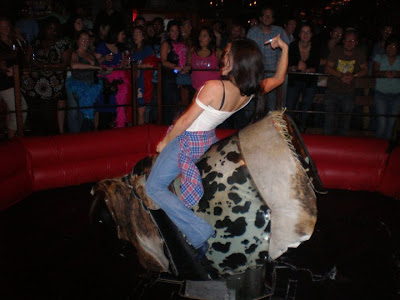 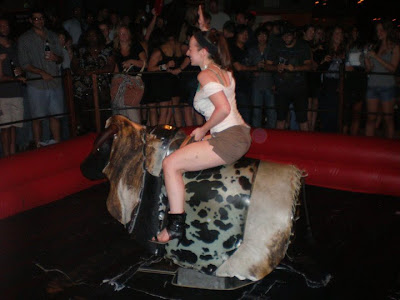 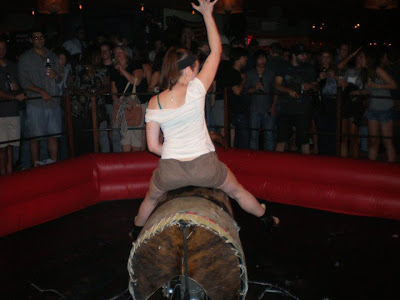 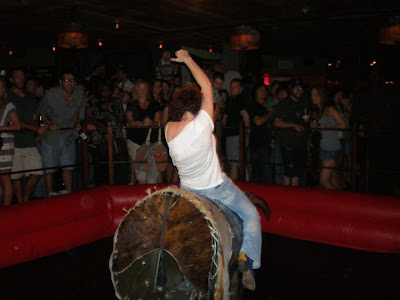 Soup Is Not A Joke

Here's the deal, people. I'm a professional lady of many talents, but I take my homemaking skills seriously. Beds are made every morning. Brownies are made from scratch, preferably with hazelnut spread. And soup? Soup is a goddamn religion.

We all know that homemade chicken soup is infused with magical powers. It just is. But when I say homemade, I mean you don't start with a box of Campbell's broth. Bullshit. NO. You start with a damn chicken. Like Perdue. You wanna kill the sucker yourself, go for it, but really, that's magic overkill.

You immerse the chicken in water. You simmer it. You chop vegetables. You watch the Oscars for four hours while it turns into liquid gold. You tend to that sonofabitch. You drain it. You skim it. You pick its dead carcass. You get meat out of vertebrae. It's messy and involved and infused with LOVE.

Then you freeze it. You wait until you or a loved one fall ill. Then you bring it out of cryonics to save the day, like Stallone in Demolition Man. Chop up a few more veggies. Add some egg noodles. What's that, cold virus? FUCK YOU. YOU ARE NO MATCH FOR UNBEATABLE SOUP LOVE MAGIC. BE GONE.

And that's what soup is all about.

I cooked up a ton of this recently. I decided I would have it for my dinner at work this week. So I brought 2 quarts of it in Tupperware, and put it in the Ackloo fridge. Out of the way. Not taking up much space. Ahn. I'd be healthy, well-fed, and if anyone fell ill, I could easily deliver the magic elixir to them on the way home. Soup love magic!

So on Friday night, after a hard day of doing nothing much except SAVING THE WORLD AND STUFF, I just wanted a bowl of soup. So at 6, I went off to the fridge and...

So I did the only logical thing. I bitched about it on Twitter, fired off some incensed texts to friends about a soup thief, and then I blogged it out. It's a process.

I can only hope that this was some Les Miserables-type-shit wherein someone was so desperately ill and poor that they were too ashamed to even ask for the soup. That would be heartwarmingly lame.

But I think it was just a thieving douchenozzle.

So. Hours of preparation. Gone. Just think about that the next time you raid the office fridge. You're not just stealing dinner. You're stealing magic.

I hope you choke on a magic egg noodle, soup thief.

UPDATE: The soup apparently fell victim to an overzealous cleaning crew on Friday. I have recovered my Tupperware. I have not, however, recovered my indignation. Aggressive labeling system now in place for all fridge commodities.
Posted by Robyn at 7:24 PM

In Praise of Zelda the Turkey

Like anyone else who falls in love with New York, I'm a sucker for the marquee attractions. I visit the Met at least once a month, I swoon over the skyline, and godsohelpme I love Rockefeller Center at Christmas. But it's the little things that make for an enduring affair. One of my very favorite little things about New York that few people know about is Zelda the turkey.

Maybe I'm ornithologically biased because I'm a big old birdwatching nerd, and I've mentioned Zelda briefly before, but I think the fact that there's a wild turkey living in Battery Park for no discernible reason other than she just seems to like it there is charming as hell. She even has her own Wikipedia entry. She's a bona fide New York character. And she's named after F. Scott Fitzgerald's wife, who at one point was found wandering in Battery Park in the grip of madness. If that's not New York gothic, I don't know what is.

But as for Zelda the turkey, she seems to be pretty well-adjusted. She's been in Lower Manhattan for years, she takes tourists in stride, and happily wanders among the people lining up for the Statue of Liberty ferry, though she will get a little annoyed when kids chase her. The other day she sat next to me as I ate my dinner in the park. It was awesome.

And there are no male turkeys reported in the area. Zelda does not seem to mind. She is her own turkey. We could learn a lot from Zelda.

Here's a brief video of Zelda saying hello. It's not my best cinematography, and I inadvertently cut it off early because I was so delighted she was coming over, but you get the idea. Viva Zelda.

Oh, Park Slope. So manicured. So genteel. Give or take the odd brutal tire iron beating. So posh. So goddamn hard to get to from the Upper East Side. I mean, really. Can the F train work with me even once? No? Dammit, you guys.

Such is my commitment to hanging, though, that I've been clocking a lot of hours at Bar 4 lately. One of the reasons is the lovely Lara Ewen, who sings some pretty tunes when she's not getting me into a reasonable amount of trouble:

But it's not only folks I know rocking the Slope. On a gloriously mild evening, I went to see the Swell Season at Prospect Park, and oh my goodness, wasn't it lovely. Seriously, I think it was one of the best live shows I ever saw. This is one of the more quiet moments:

But lest the Lower East Side feel left out, I spent some time at Rockwood with Bryan Dunn, accompanied by the soon-to-be-wed Kelli Rae Powell: