Thursdays in September: Get up. Protect freedom. Go home. Feed pets. Feed self. Shower. Go to Rockwood. Rock out with Tim and the boys. Go home and go to sleep. Repeat as necessary.

Alas, now that I've re-located, I've had to bid adieu to the Rhino bar in Georgetown, where I spent many, many Sundays hunkered down with fellow Eagles fans, eating cheesesteaks and Old Bay fries, and befriending the former-stripper bartenders who always poured me extra shots. So this Sunday, Shwa and I test-drove a new Eagles bar: Wogie's in Greenwich Village. It's a lot smaller than Rhino, and most of the seats were taken as early as 11:30 am, but I think it passed muster. Here's me, Shwa and the rest of the crowd in action during one of the ridiculous number of touchdowns the Birds scored in the opening day thumping of Carolina: 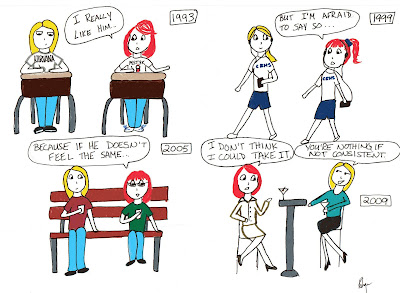 Settling In, Rocking Out

I think I'm about 80% moved in now, which is a hell of an achievement considering how ridiculously long the process took. All the boxes are gone, most of the stuff has found a place, and with the exception of the tragic loss of my beloved overstuffed green couch that couldn't fit in the apartment, I'm back on track with a new Ikea loveseat, cable, Internet, pets, etc. Hey, it's hard fitting your whole life into half the space. I have also become skilled in the art of hauling ridiculously heavy stuff up stairs. Ever see those nature documentaries with the ants that lift things hundreds of times their weight? Well, it's not quite like that, but I did manage to get a 100-pound cabinet up to the place unscathed all by my lonesome. Snack on that, NY Sports Club.

After all that work, a little bit of playtime is in order. So it was very nice that two of my pals -- Bryan Dunn and Chris Cubeta -- were having a major show at the Bowery Ballroom last Saturday night. This is what we call a Big Deal. Bryan had never played there before, and this was Chris' first time headlining with his band, the Liars' Club. So a good amount of singing and dancing and a responsible amount of carousing was in order. And there's video! Of the dancing and singing. Not the carousing. Give me a little credit, please.

Bryan doing one of his own jams, "Ordinary":

...and then a ridiculous cover of Blondie's "Heart of Glass":


Chris also did a kickass cover of Tom Petty's "American Girl," but I was too busy rocking out to film it. After all, we have to leave you some incentive to come out to the shows, yes?
Posted by Robyn at 5:31 PM