There's an art to making a good mix CD. You have to consider the flow of one song into another, the correct ratio of slow songs to fast songs and with male voices to female; how to illustrate the overarching theme of the mix. It's tough.

But once upon a time, boys and girls, such decisions were not necessarily ours to make. There was no iTunes, and buying a single required trips to the mall, and precious drawer space taken up by paltry three-track cassettes with godawful remixes. So what were you to do if it was 1997 and you wanted to hear, say, Meredith Brooks' "Bitch" right the hell now but didn't really want to buy the whole album?

You made a little thing called the radio mixtape. Here's how it worked. You kept your stereo or boombox (don't worry about it) tuned to the station of your choice. And in the tape deck, you kept a blank tape. At all times. And when That Song came on...you know THAT SONG OMIGOD I FREAKIN' LOVE THAT SONG...you dove across the room, abandoning your algebra homework or your Super Nintendo or whatever the hell was occupying you, and you hit record at JUST THE RIGHT MOMENT. No DJ pre-chatter. No cut-off opening lines. And hopefully you were savvy enough to stop recording before the DJ came back on. And then you would have captured that song for all time, and if you messed up at any point, you suffered the crushing disappointment of an opportunity lost...at least until That Song came back on rotation.

But you never knew exactly what you had on the tape or how it all sounded together until it was done, because you would never want to rewind it in medias res and risk screwing everything up by accidentally taping over the songs you'd lovingly preserved. And what you wound up with was a messy, incongruous, poorly edited labor of love and a 90-minute audio snapshot of a moment of time maybe best left forgotten.

This week I was cleaning out my closet and found this exquisite time capsule: 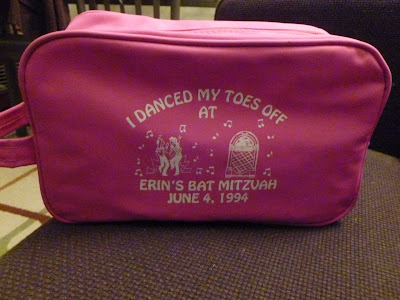 There is no way in hell this couldn't contain something amazing. And lo, I found several volumes of my radio mixtapes, all titled Robyn's Tape VI, or Robyn's Tape XII or whatever volume it happened to be, with the tracks handwritten in junior high scrawl and often in various colors of ballpoint pen.

And if I needed a brutal, tangible reminder of my musical appreciation evolution, there it was, on yards of magnetic tape. Take for example, an earlier volume: Robyn's Tape II, circa 1994. I show you this to illustrate a point. And because we're friends, Internet. And friends don't judge friends when friends are making a point: 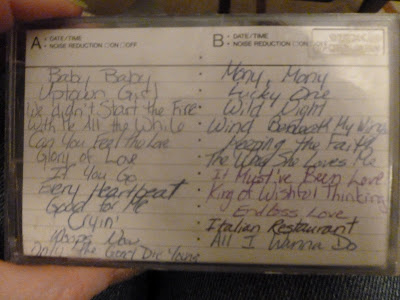 Okay, y'know what? Go ahead and judge. Judge hard. This was when young Robyn was taking her musical cues from the adult contemporary radio stations favored by the Parents Shep (which, it should be noted, is a poor testament to the Parents Shep, who actually had very good musical taste as evidenced by our reel-to-reel collection, but FM radio was what it was, so you took what you could get. Also, I know how to use a reel-to-reel. Deal with THAT).

Sorry, I was making a point, wasn't I?

ANYWAY, as you can see we have more Billy Joel and Amy Grant on here than is really appropriate. I am frankly sobered by the fact that I, indeed, had what seems to be a pretty robust Amy Grant phase. But that's okay. Because we need to confront the person we were if we are to become the person we want to be. Or something. Holy shit, is that a Richard Marx song that ISN'T "Right Here Waiting?" Does that even exist? Chilling.

But things got better. Young Robyn discovered the miracle that was "alternative radio" via Y100 and WDRE, and was largely delivered unscathed from the valley of the shadow of Lite FM. And she went on a big 80s kick. As evidenced by Robyn's Tape XIII, circa 1998. 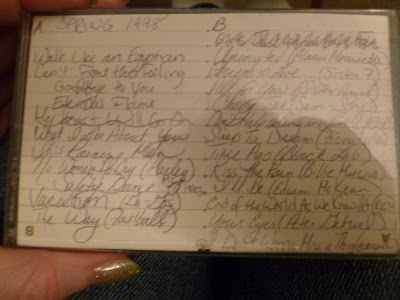 See? Much better! The Go-Gos, Fastball, Semisonic, Fiona Apple, Peter Gabriel...I stand by this mixtape. I'd crank this ish right now. I just might. I still have a boombox. Because I am old.

There were some other, non-handmade tapes which ran the gamut from portending shockingly good things for my burgeoning tastes: 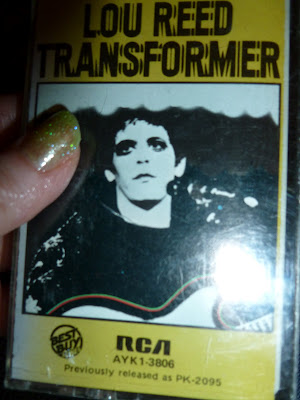 To the decidedly questionable: 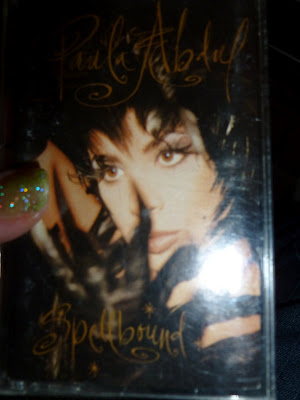 To the Screw You, This Is Still A Great Album And If You Can't Appreciate That Mariah Sings The Living Crap Out Of "If It's Over" You're Dead Inside: 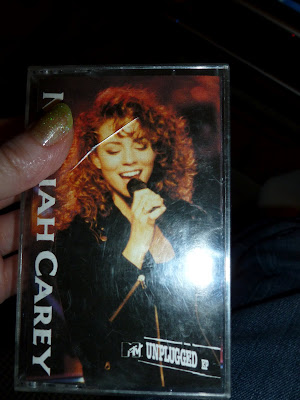 Which is all a long way of saying, you should all really go clean out your closets. You may realize a lot about yourself. And be more organized. And maybe find some Ace of Base. And that can only make the world a better place for all of us.
Posted by Robyn at 7:57 PM

My V-Day playlist starts with Lita Ford, so my playlist wins. This is what's known as the Lita Ford Postulate. 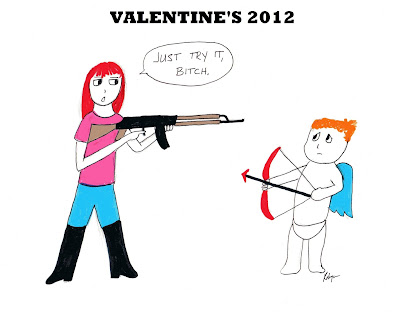