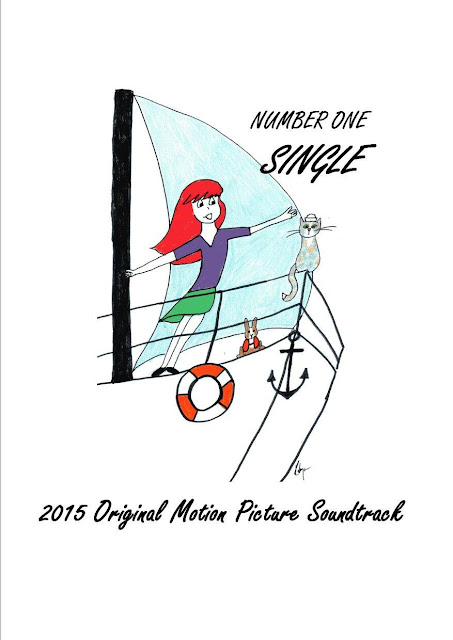 My first tour of duty in New York City began in 1999 as a young squiblet of a freshman at NYU. And it was a magical time. I was living on my own, I had a new boyfriend, I was going to Broadway shows and concerts on the regular and I was so, so happy.

And after the first semester, I was also so, so broke. Your girl needed an after-school job. Right quick.

I had done my share of suburban retail work back at home, and would have been happy to go back to that after class, but a quick look at the NYU career services site offered something a bit more enticing, if obtuse: “Audience Page.”

It did not say for what show, so I imagined it might be for a small-ish program, like a daytime talk show that was probably going to get canceled sooner rather than later. Otherwise, why be so mysterious? It wasn’t until I called to set up the interview when they told me what the gig was: audience page for the Late Show with David Letterman.

New York City. Concrete jungle of which dreams are made, you guys.

It was early 2000, and the show had been on an extended hiatus due to Letterman’s heart surgery. Which was unfortunate for the pages, many of whom were not getting paid and sought employment elsewhere. As for those who might have been a little ambivalent about taking advantage of this situation…well, welcome to the big city, kid.

I was less than ambivalent, is what I’m saying.

So for the next year and a half, with a generous summer break, I reported to the Ed Sullivan Theater four days a week at 3:30 pm to assist with audience wrangling for the daily program Monday through Wednesday, and two shows on Thursday. Fridays off. Shabbat shalom.

PAGE PROTOCOL IS NOT A JOKE

I made $10 an hour which seemed extravagant to me, and it was for 1999…until you realize that I only worked 16 hours a week. But at 19, and the youngest person on the Late Show payroll, getting that sweet $150 Worldwide Pants check was good enough for me.

I wore a (loaned) Late Show-issued gray Eddie Bauer V-neck sweater, a white collar shirt, and a black necktie. I got some cheap elastic band black pants from the Greenwich Village K-mart that looked smart enough from a distance, but were thin enough to slip over layers of tights and jeans because we had to work outside and yes, it was cold as hell inside the theater.

There were about 20 other pages, and we oversaw a fairly ridiculously complicated operation for checking in audience members, lining them up, corralling them on the sidewalk, and loading them into the theater.

Those with tickets had to come at 4 pm, get a number written on their ticket, disappear COMPLETELY for 30 minutes (no milling about, clogging up the sidewalk) and then come BACK. The first 180 folks reported back at 4:30. They had to line up in numerical order by color coded ropes arranged in an impressively thought-out formation that allowed for them to assemble while still allowing for sidewalk traffic. They were given a spiel by some aspiring comedians -- whose names have been lost to the passage of time and thwarted showbiz ambitions -- who combined the rules of the theater with some lulz.  We would load them in just in time for the next 180 people to arrive. And do it again.

Sometimes if we were short on time, the Comedy Kids would do their routine for the First 180, while someone like me would draw aside batches of the Second 180 as they got their tickets, and give them an abbreviated version of the house rules. When it was discovered that I could deliver these quickly, cheerfully, and at a volume that belied my tiny stature and overrode the box office din, I got to do this a lot. You had to be chipper even while administering some fairly draconian rules. This is where I learned the fine art of feigning enthusiasm.

“HI EVERYONE AND WELCOME TO THE LATE SHOW WITH DAVID LETTERMAN! WE’VE GOT A GREAT SHOW TONIGHT AND WE’RE SO GLAD YOU’RE HERE. JUST SO YOU KNOW, THERE IS NO FOOD, DRINK, OR PHOTOGRAPHY OF ANY KIND ALLOWED INSIDE. CAMERAS MAY BE CONFISCATED (chipper!). ALSO, YOU WILL SEE SMALL MICROPHONES HANGING ABOVE YOUR HEAD. THESE ARE TO PICK UP THE SOUNDS OF THE AUDIENCE BUT THEY ARE VERY SENSITIVE. SO WE WANT YOU TO CLAP, LAUGH…BUT NO ‘WOOING’ AS IT MAY OVERLOAD THE SPEAKERS.”

Aside: this, as my audiohead friends will note, is bullshit. Someone -- maybe Dave, maybe not – just thought “wooing” was obnoxious and didn’t want it. They’re not wrong, but you try telling that to happy hour tourists looking to get silly with Dave. Maybe this rule was relaxed in the 15 years since I was there, but it sure as shit was gospel back then.

Oh, and: “IF YOU HAVE TO USE THE RESTROOM DURING THE SHOW PLEASE DO NOT GET UP UNTIL A COMMERCIAL BREAK. ALERT A PAGE WHO WILL FILL YOUR SEAT BUT BE ADVISED YOU MAY NOT GET YOUR SEAT BACK AND MAY HAVE TO WATCH FROM THE BALCONY.”

This was true. An empty seat is no bueno on TV, so we had a row of folks in the way back of the balcony on folding chairs. Usually these were the sad sacks who arrived late, or standby folks. If someone did get up to pee, one of these people would be dispatched to their seat QUICKLY and the unfortunate urinator would be banished upstairs.

The only time the empty seat scenario was thwarted was when someone straight-up pissed in the seat. Granted, they did not get that seat back, as they were summarily removed, but they did beat the system, in a sense. You have to respect that in a funny way.

Anyway, after telling them about the weird numbered lineup situation, we’d end with “SEE YOU BACK HERE AND HAVE A GREAT TIME (you snacking, picture-taking, wooing weirdos).”

I told you it was ridiculously complicated.

STARTED FROM THE BOTTOM AND WE STAYED THERE

I was one of the few pages with no showbiz aspirations, which is good, because unless you want to get in on the tech side of things, it wasn’t a glamorous gig. You didn’t get to meet the celebrity guests. You didn’t really get to meet Dave. You would occasionally see him in the basement corridor that connected the office building to the theater (and also housed the bathrooms, so we had to be alerted to his impending presence and shoo audience folks away before he played through), and he would say hi, but he didn’t exactly have time to kick it.

But you DID get to hang out with the crew, including Alan Kalter the announcer, (who bonded with me as a fellow ginger), Biff Henderson the stage manager (who was LOVELY and helped me with my homework sometimes), and all of the security folks who would throw out the people who were REALLY drunk or REALLY mean to you while using their best Tony Soprano voice, which was satisfying.

There were some privileges enjoyed just by the pages. When it was really cold out, and if the Roseland Ballroom across the street didn’t have a show that night, we would line folks up in there and have the run of the place before they arrived. That was fun.

We also got to reward audience members we liked with a coveted “dot” on their ticket which put them in the front row (and, more than likely, on camera) so Dave could see them.  We might even get to pick the people to play “Know Your Current Events” or "Know Your Cuts of Meat." It was a stupid power, but it was ours.

We could also exact revenge on people who were rude to us by surreptitiously sending them to the balcony. We’d mark them by walking alongside them when they came in, and when we got to where our boss was standing at the foot of the staircase we’d say “HAPPY BIRTHDAY, STEVE!” and he’d say “THANK YOU, ROBYN. UP THIS WAY, FOLKS,” and away they’d go.

Though truth be told, you could see way better up there. I always liked being stationed up there for this reason…and because no one could see my solo dance parties during the musical acts. But the jerks didn’t know that. As far as they were concerned, they were being punished. And as far as we were concerned, they could go on thinking that. STUPID POWER BUT IT WAS OURS.

We got to go to the holiday party, which was usually at the theater. The important folks (Paul, Dave, et al) mainly kept to themselves, but whatever. There was lobster in EVERYTHING. And we got Worldwide Pants sweatshirts and tiny pre-printed cards in little envelopes that said:

And we did get to see a BUTTLOAD of famous people. I got to see Madonna, Merle Haggard, Dolly Parton, Warren Zevon, Willie Nelson, Lou Reed, Oasis, Nick Cave, Paul Simon, Bill Murray, Stevie Nicks, Jerry Seinfeld, Julia Roberts, Janet Jackson, Mitch Hedberg, Paul Newman, Sting, Al Green, Patti Smith, a pre-famous Zack Galifinakis (who confused the crap out of EVERYONE), Robin Williams, George Carlin... and on and on and on.

One night (incidentally, the episode where George W. Bush made his in-studio late night campaign debut), James Brown just sat in with the band and sang during commercial breaks. Which was weird for the TV audience but AWESOME for us since we got our own private James Brown concert. And they PAID me to be there.

And of all these people, the only person I begged the security folks to ever let me meet was…Moby. Like I said, I was very, very young and very, very silly.

THAT’S OUR SHOW, GOODNIGHT EVERYBODY

Eventually, the page program shifted to a seasonal, term-limited system, so when I came back to school in the fall of 2001, there was no room at the Ed Sullivan Theater for me anymore and so endeth my showbiz career.  I did go back as an audience member not too long after that, but it’s sort of like going back to see your old high school teachers thinking they’ll be SO GLAD to see you, but really, thanks for coming but we kinda have a job to do and you’re kind of getting in the way of that, but HAVE A GREAT TIME. I have not been to the Ed Sullivan Theater since.

It’s weird for a lot of us to think of a TV landscape without David Letterman, even if, like me, you haven’t watched regularly in a long, long time. Mr. L was a powerful part of my New York story, and I am especially sad to see the garish blue-and-gold marquee outside the theater change now. It was always thrilling to round the corner of 57th on to Broadway and see those lights and think “That’s where I’m going. That’s where I work!” even if I was just a marginally-glorified usher. I never wanted to stop feeling that way. And though my destiny may not have been within the entertainment-industrial complex and I now work in an office building in Midtown rather than a celebrated theater in Times Square, six years into my second tour of duty in New York City, I still do.

And Mr. Colbert, if you do nothing else as you inherit the stage, the audience and the pages of the Ed Sullivan Theater…let them “woo.” For God’s sake, let them “woo.”