Last night my littlest boo stopped being his bright, bouncy, curious self and was rushed to the animal hospital. Today his little bunny heart just gave out after 9 and a half years. A lot of people always asked me "What does a rabbit DO, though?" and if they got the chance to meet Bun Scott they understood right away what a charming animal he was. He had no fear of people (cats were another matter, hence his awkward co-existence with Tippy), and would follow you from room to room, jump up on the couch to snuggle with you, and generally wanted to be where you were. His trusting and gregarious nature is what saved him when my friend Paul found him on a doorstep on Connecticut Avenue, and he was all too happy to be scooped up and taken in on a new adventure that eventually led to his being my sweet little buddy for the better part of a decade.

And even though he barely ever made a sound, the apartment is far, far too quiet without any little critters there right now. I actually had to leave on a business trip as soon as I paid my final goodbye to Bun, and I am not looking forward to the silence. 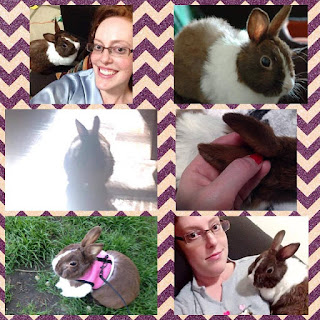